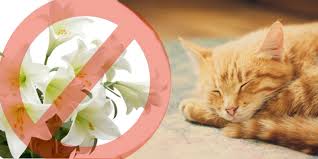 No Lilies for Kitties!

Why are the Easter holiday and Mother’s Day two of the most dangerous holidays for cats? The answer is simple—lily poisoning. Exposure to common lilies such as Easter lilies, tiger lilies and stargazer lilies sicken and kill thousands of cats annually. What’s even more dangerous is that less than 30% of cat owners realize these common and seemingly “benign” lilies are fatal to our feline friends. That’s about to change. We want to introduce you to a new educational campaign—‘No Lilies for Kitties!’

Pet Poison Helpline, in partnership with the Small Animal Welfare Committee of the Minnesota Veterinary Medical Association,  have teamed up to increase awareness of lily poisoning to cat owners and remind veterinarians that we are heading into lily season. Please help us spread the word and learn why you need to “leave out the lilies”.

Many different kinds of plants are found or sold with “lily” as part of their name. A few grow wild in ditches and wooded areas, some are sold as bulbs in garden shops, and many are used in floral arrangements. If you live with cats, it’s critical to know which lilies are toxic to your feline friend.

The Most Dangerous Lilies for Cats

The most dangerous and potentially fatal lilies for cats are those found in the genus Lilium and Hemerocallis. These beautiful and affordable flowers are often found in cut-flower bouquets or potted for the Easter holiday. If you have cats at home, it’s critical that you do not bring these flowers inside. 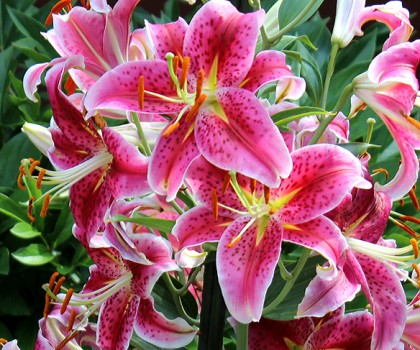 These beautiful and affordable flowers are often found in cut-flower bouquets or potted for the Easter holiday. If you have cats at home, it’s critical that you do not bring these flowers inside. The toxin has not been identified, but exposure to any part of the plant, including leaves, flowers, pollen, or even the water from the vase may result in acute kidney failure in cats. These ingestions are medical emergencies requiring immediate veterinary care. Early decontamination, aggressive intravenous fluid therapy, renal function tests, and supportive care greatly improve a cat’s prognosis. A delay of treatment of more than 18 hours after ingestion generally results in irreversible renal failure. Dogs may experience minor gastrointestinal upset after ingestion of these lilies but do not appear to develop kidney damage.

When buying flowers or ordering them for delivery, remember to “leave out the lilies”! It’s advisable to specifically instruct florists to not include and liliwes in the Lilium species such as stargazer, Asiatic, Oriental or tiger lilies. Giving florists the specific name of the flower species can help avoid confusion. 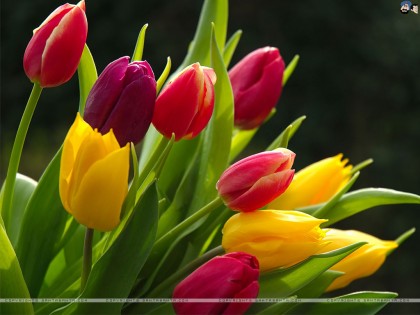 Instead, consider these safer alternatives for cut flower arrangements and bouquets:

*These plants may cause more gastrointestinal irritation or upset (drooling, vomiting, and/or diarrhea) than others on the list but are not expected to cause severe poisoning (i.e. kidney, liver or nervous system effects).

Other Highly Toxic Lilies (risk to dogs, cats, and people)

Other types of dangerous “lily” plants include the lily of the valley (Convallaria majalis) and gloriosa or flame lily (Gloriosa superba).   Lily of the valley contains cardenolides or digitalis like toxins which do not cause kidney failure, but may cause life-threatening cardiac arrhythmias and death when ingested by dogs, cats, or people.  Equally toxic to all animals is the gloriosa lily. The toxic agent is colchicine (toxic to rapidly dividing cells); the roots or tubers may contain enough toxins to cause serious multi-system organ failure in cats and dogs that chew on them. Early and aggressive therapy is generally needed when these plants are ingested.

Less serious consequences occur when pets chew or swallow plant pieces from “lilies” such as the calla lily (Zantedeschia spp.) and peace lily (Spathiphyllum spp.) which contain insoluble oxalate crystals that are direct irritants to the mouth, tongue, throat, and esophagus. Drooling, foaming, or pawing at the mouth, vocalization, and vomiting are commonly reported when pets chew on these plants; respiratory distress due to swelling of the airway can occur but is more rare. The Peruvian lily (Alstromeria aurea) contains tulipin A, a toxin that may cause gastrointestinal problems such as vomiting or diarrhea if ingested in large amounts. None of these lilies cause acute kidney failure in cats like the Lilium or Hemerocallis (daylily) species.

What to do if your pet eats a lily?

Cats and other pets consuming any part of a “lily” plant may need immediate veterinary medical care. In order to quickly assess the severity of the situation, pet owners should call Pet Poison Helpline (800-213-6680) or bring the animal and plant to their veterinarian as soon as possible.  Early identification of the specific lily and appropriate treatment will usually prevent most undesirable outcome